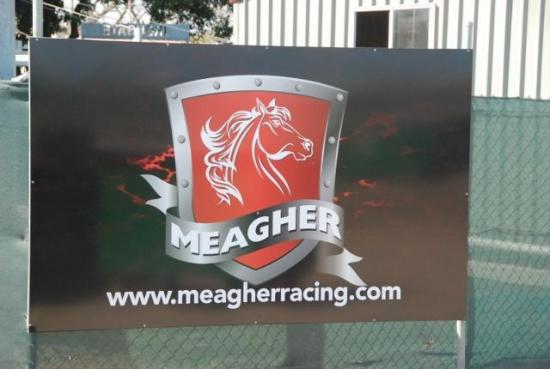 Meagher Racing celebrated it second winner in the space of four days when Hannibal Ad Portas posted the team’s first metropolitan success since John, Chris and Dan Meagher formed their partnership in 2012.

St Darci bolted in at the Sunshine Coast on Sunday before Hannibal Ad Portas made the perfect debut for Meagher Racing with a terrific win in the Coca-Cola Amatil Maiden Handicap (1350m) at Doomben.

"Things are going along quite nicely since we moved into our new property about four months ago and it's nice to share this moment with my sons because they work hard and deserve plenty of credit," John Meagher said.

"We had a winner at the Sunshine Coast last Sunday with St Darci and we'll be looking to kick things along in the weeks and months ahead."

Dan Meagher said he and his brother Chris have relished their respective responsibilities, which has been the key to Meagher Racing’s successful return to Australian racing after more than a decade in Singapore.

"I've never seen dad so relaxed and it's a great opportunity for myself, Chris and our other brother Paul who does a lot of our pre-training and groundwork at home," Dan Meagher said.

"In the last four years Chris and I have been able to step up and have a go and dad is always supportive, which gives us the confidence to back our judgement."

Hannibal Ad Portas notched his maiden victory at his fifth attempt but the four-year-old had recorded two minor placings in his time at a Gold Coast stable.