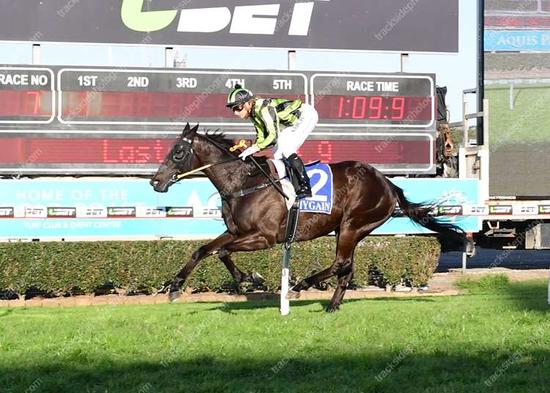 Divine Dice scored his sixth career win, when easily accounting for his rivals in the 1200m Skypoint Observation Deck Class 5 at the Gold Coast. Jockey Alannah Fancourt had him quickly out of the gates and although three wide in the early stages, was able to position him one off the fence, at the leaders hindquarters turning for home. From there he was able to put a gap on the field in the run home to win easily.

"He has been doing quite a bit wrong in his races recently, especially wanting to go too hard early on. Today he didn't, with Alannah having him travelling nicely through the run and as such he was able to finish off and win pretty easily in the end. We are very happy for the owners, who have seen him win in Victoria and now back here again. From here we will just look to step him up slowly and hopefully he can reproduce the same sort of form that he did when he raced in Queensland last time around. We really don't see any reason why he shouldn't, especially the way he settled today. Thanks to Andy Kermond our Brisbane Foreman and all the staff, who are doing a great job with the horses." Commented Chris Meagher